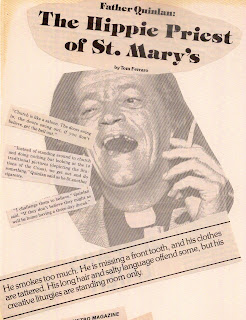 29 September 2011
Details:  Review notes from NewDoc Editing modules on Character Transformation and Story Doc.
Details:  electric warm ups on the MojoCaster.
Isley Brothers - It’s Your Thing
Granby Street with vocals (need to incorporate lyric changes)
Work on Dies Irae.  More work on dyad climbs and octave work.  Continued to work on the piece as a whole
Miles Davis - “So What” 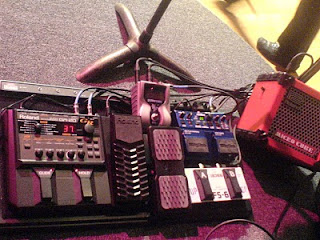 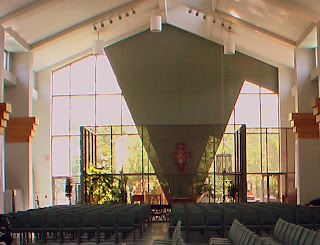 Details:  20 minutes working on R&B chord progression.  D-sus chord work.  Work on the E-B/D#-C#m-A progression.  More work on Requiem (Dies Irae).  Seems to go smoother on the Roland Strat than on the MojoCaster.
Posted by Prodigal Altar Boy at 7:36 PM 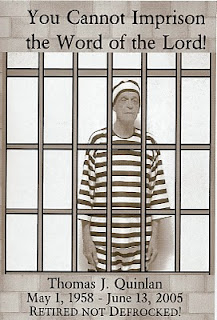 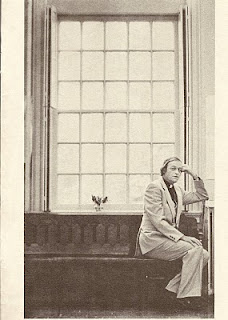 2011 last 100 days
Day: 6
27 September 2011
Edit details:  305 minutes watching NewDoc Editing module on the story arc.
Details:  electric warm ups on the MojoCaster.  Work on Dies Irae.  Emphasis on playing the piece as a whole and smoothing out the octave work.
Miles Davis - “So What”
Talkin’ Loud and Sayin’ Nothing - (Living Colour Version)
Everlasting God - Intro and solo (preparation for New Hope Practice)
Practice at New Hope - 6:00 to 8:00 PM
Total time: 2 hours and 30 minutes
Exercise summary
30 minutes of intervals on the elliptical machine60 seconds above 140 steps per minute30 seconds above 160 steps per minuteTotal “sets”:  20Total time:  30 minutes
Details:  15 minutes working on R&B chord progression.
Notes:  Practice at New Hope with Kenny meant adjustments.  I felt good about folding the rehearsal preps in with my usual practice and score work.  Preps for the service on Sunday will mean further adjustments, but if I can put in the bulk of those preps in on Wednesday, Thursday and Friday, I’ll still have a good chunk of time to put to editing work on Saturday.
Posted by Prodigal Altar Boy at 8:33 PM 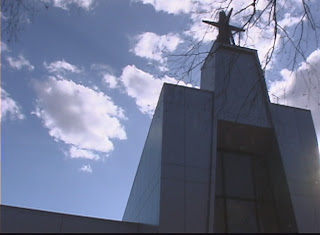 2011 last 100 days
Day: 4
25 September 2011
Edit details:  90 minutes working on the St. Kateri footage.  Tightened some edits, added music beds and worked on TQ’s audio.
Details:  20 minutes electric warm ups and Requiem (Dies Irae) work.  Emphasized working.through the whole piece at a reduced speed, then focused on the octave work leading into the lead piece and ending.
15 minutes working on “So What”
Book work - Thelonious Monk for Guitar - ‘Round Midnight (the paucity of my talent on this song is only surpassed by the hilarity of the sounds produced.  Needs more work.  This book could be a 100 day countdown project on its own.
Famous Guitar Intros - “Cult of Personality,” “Walk This Way,” “Day Tripper,”
Evening Work
“Talkin’ Loud and Sayin’ Nothing” (Cult of Personality version)
“It’s Your Thing”
More Requiem work
Total time:  50 minutes
Exercise summary
TRX Workout
TRX Supported Squat (arms up) 5 sets of 12 reps
TRX Contralateral Lungers 5 sets pf 12 reps (per side)
TRX Supprted Squar (arms in) 1 set of 12
Time:  15 minutes
Details:  30 minutes building St. Kateri music bed by looping.
Notes:  I thought I would have a lot more time over the weekend, but tasks expand to fill available time.  I did get a lot accomplished and I’m grateful for that.  Working out Saturday and Sunday meant I worked out seven days this week.  Even the 15 minute TRX work today was hard.  My concern is working out every day will diminish results for Viking Warrior Training (already down).  For next week I will probably make at least one of those workouts a 15 minute stretching/core session  to enhance recovery.
Posted by Prodigal Altar Boy at 5:46 PM

o 30 minutes per day basic music practice:
Details
30 minutes
Warm up on Strat
Requiem as a whole and focus on the octave riffs
So What
It's Your Thing
Talking Loud and Saying Nothing
R&B progression work

o 15 minutes per day (minimum) scoring work for the movie:
Details
Put the D sus riff and some of the loops under the B-roll edits.


Notes: Busy day that had me working a lot of the movie and music work in between 8:30 and midnight. Was fits inclined to "Just put in extra time tomorrow," but getting it in today felt better (well after it was done). Lesson learned is to split up some of those tasks for early morning if time is going to be tight in the evening.
Posted by Prodigal Altar Boy at 9:42 PM

Details:  Warm ups on the Roland Strat.
Work on Verdi's Requiem.  Worked on the piece as a whole and on the octave parts.
Work on "So What" by Miles Davis
Continued work on "Talkin' Loud and Sayin' Nothin'" by James Brown (Living Colour version)
Worked on "It's Your Thing" Riff

Just because I haven’t been blogging about the documentary (The TQ Project) doesn’t mean nothing is going on with it.
In late August, Kathleen McBlair and Jean Klein of ScriptWorks Press published a collection of TQ’s writings, homilies and rants entitled “A Reluctant Malachi.”  The book was not a surprise because in May TQ invited me to interview Kathleen and Jean (as well as TQ) about the book.  I have a short YouTube Video from that interview.

While the book was not a surprise, it was a wake-up call.  My initial reaction to the publication was to make plans to shoot some footage of the book signing events TQ had set up to promote the book.  During the planning stages for those shoots, my heart just was not in it.  After a lot of prayer and introspection, I realized the reason I didn’t want to shoot them was I needed to move on to the next phase of production.

TQ  picked up on this well before I did.  Even before the may shoot, he was constantly asking me, “Don’t you have enough yet?”  I would laugh and say, “Probably so, but I want to make sure.”  Looking back I see I wanted to shoot absolutely everything I would need to be ready for the next phase of production.  That works for film school, but not in life.  It is nearly embarrassing that in the midst of doing a documentary about a man of great faith, and spending hours  and hours in his presence, listening to him talk about God, scripture, faith  and Christianity, not much seemed to be sinking in regarding moving in God’s time.

So here I am, out of the comfort zone of shooting and in the discomfort of logging and editing all the footage I have shot.  I got so involved (and evolved) in shooting I nearly lost sight of the fact that I still had the rest of the process to go.  A very good friend, Chris Schafer, told me to watch the movie “Exit Through The Gift Shop.”  Ostensibly  a documentary about a guy making a documentary  about street art, there is a scene where the protagonist  looks at box after box of tapes he’s shot, and realizes he’s shot so much he does not know where to start in the editing process.

Before I can edit, I have to fine tune the  dramatic arc of the movie.  Yes, this is a documentary, and even documentaries follow the three-act format.  Crafting the dramatic arc of the story comes down to determining what it is TQ wants and what the obstacles are to that goal.  While I have my original thesis to work with, answering those questions in the context of the footage requires a refinement of that thesis. And I thought I was finished with that!

So, hang on as we move to the next level.  I will spend a lot of time analyzing what TQ wants (not hard, it’s all there), finding the supporting footage and editing that into 90-120 minutes of watchable film.  Now THAT’s a challenge.

Thanks for checking out the blog.  Leave comments and let me know what’s on your mind.