Absent Fathers
There is no dearth of discussion on absent fathers and the effect it has sons, daughters and families in general.  Growing up in a household where my father was absent due to legal separation, military assignments and finally divorce, I am in no position to dispute the body of studies outlining the negative effects of absent fathers. 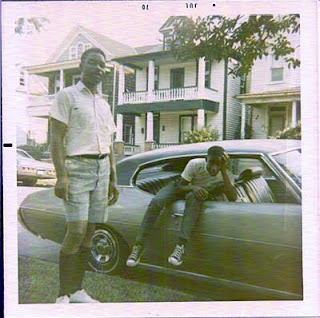 While I will not dispute the studies, I also will not condone their use as an excuse for poor behavior.  An absent father can be an obstacle, but does not have to be a life sentence.  It is interesting how a child’s home life, especially an absent father, weighs in explanations for poor academic performance and/or acting out in school.   Equally interesting is that when a student with an absent father is successful, the student’s success is couched as being “in spite” of an absent father.
Could this focus on the ills of absent fathers somehow “teach”children an absent father impairs them from achieving at the same level as students from intact families?  Are we teaching mothers the “handicap” caused by the absent fathers is remedied by condoning/enabling unproductive behavior?  Are we conditioning teachers to lower expectations for children of absent fathers, and in the race for higher test scores, shift their focus on students with greater “potential”?
My father’s absence from the home was a source of financial and emotional household strain, and I certainly knew my “home situation” was different from that of my peers.  While that difference was a fact, my mother, father, extended family, family friends worked hard to keep that difference from being a license to fail.  My father never missed an opportunity to express his love for me and his desire for me to “make something of myself.”  He laid out the milestones of that goal by emphasizing education.  He embodied as well as advocated the benefits of a superior work ethic and encouraged me to prioritize what would bring me closer to my goals.
While he had goals for me and some idea of what the milestones for those goals looked like, he also had the wisdom to know that the ultimate goal was for me to have as much freedom as possible to choose my own path.  When I flunked out of U.Va., he was the one who drove me from Charlottesville to Richmond to enlist in the Air Force.  Although he retired from the Navy, he was quick o tell me he thought the Air Force was a good choice and encouraged me to get as much training as I could.  When I told him I would be going to language school to learn Russian, he was very proud.  Our conversation during  the drive to Richmond and sitting in the café in the lobby of the hotel the recruiting station paid for is one I refer back to on a daily basis.  Even if I had I known at the time it would be the last time I would see him, I don’t think there was more we would have talked about.
Again, thanks for checking out the blog.  For my Board members, I'm knocking this out before I hit the road to Tidewater.  I wanted to get this one out before Father's Day, and promise I will finish this up on Sunday.  I  heard on the radio that this weekend (in Baltimore at least) is "Amnesty Weekend" for absent fathers.  That's a lot to think about.  The call-in show about it was interesting, saddening and uplifting at the same time.
Posted by Prodigal Altar Boy at 2:34 PM