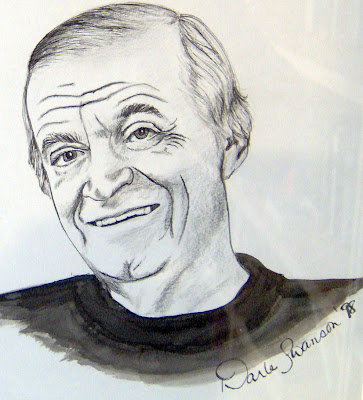 Daniel 12:13
"As for you, go your way till the end. You will rest, and then at the end of the days you will rise to receive your allotted inheritance."

TQ passed away this morning.  Yesterday (23 April) was his  83rd  birthday.  The last time I spoke with TQ, he sounded hopeful, and lamented how he was not able to get around.  I still remember the graveside service for my grandmother, where he tied burial to our agrarian roots and the analogy of a seed planted.  The seed must die for the plant within to express its new existence.  He took that moment to remind us that the body that remains is but s shell, and that the spirit moves out into the universe, eternal.  He probably would have disagreed with the verse above, because he did not believe in bodies rising from the grave on judgment day, but in the spirit rising from the body, shooting out into the universe and to heaven. 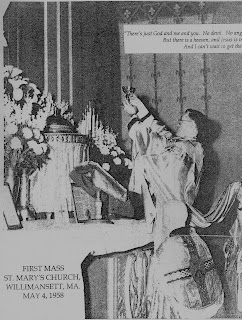 I finished the assembly edit of the documentary before he passed and TQ was excited about that.  Now it’s time to turn the assembly edit into the rough cut and from there to the eventual fine cut and locked picture.  When I was editing, I always visualized TQ seeing the finished film in a theater, reacting to each scene.  During the last few phone calls I had with TQ, he would always end the call exhorting, “Keep editing!”  I will, TQ, I will. 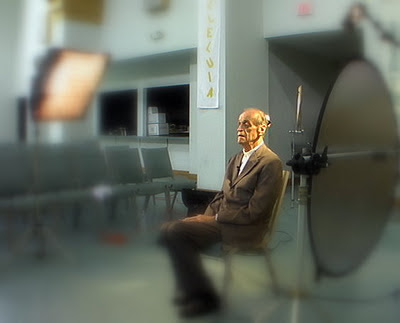 We can now fill in the date on the “Chock Full ‘O Nuts” can, and  put his ashes in the St. Kateri Tekakwitha columbarium.  Fly on, Blue Angel. 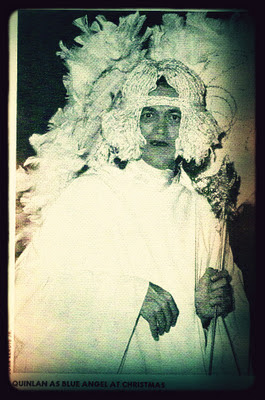 Posted by Prodigal Altar Boy at 10:08 AM