Occupy Baltimore, the Sexual Abuse Pamphlet, and What Happens When you Make a Reporter Work For It!

I was reading yesterday’s (analog) Baltimore Sun and on the front page was an article on the Occupy Baltimore protests.  If you read my 20 October post on the difference in Sun coverage of Occupy Baltimore versus the results of a study on the Grand Prix, you know being on the front page was not going to be good news for the Occupy Baltimore crowd.  The article centers on a pamphlet circulating amongst the protestors with guidance for victims of sexual abuse.  It would have been nice for the reporter to include a copy of said pamphlet, so the public could read it and come to their own conclusions, but that did not happen, even though the “story” was spread out over three pages, it seems there just was not enough space for that piece of trivia.

At any rate, to the Occupy Baltimore folks I can only say, ‘This is what happens when you make the press work for it.”  The earlier piece already lamented Occupy Baltimore’s refusal to say how long they would stay at McKeldin Square.  Now you get to see the other side of the coin, where a reporter, left to his/her own devices, gets a piece of information and turns it into a story.

Reading the latest article, the reporter comes into possession of the pamphlet not directly from any Occupy Baltimore person, but by picking up a copy of the pamphlet after being tipped from a   conservative blogger.  Note to Occupy Baltimore, “When you put together any document outlining your official stance on anything, the media needs to get this directly from you, first.”  Anytime the media gets wind of your policy through groups opposed to your cause, you will be behind the power curve because the “reporter” is getting their first impression through the lens of your opposition.

“Hey Cal, I thought reporters were supposed to be objective?”  You are so cute!  While reporters, especially good ones will go to great lengths to maintain objectivity, at least until robot content farms become self-aware, reporters are all human, and humans are all about first impressions.

While we don’t get to see the pamphlet in its entirety, the article leads off with the following excerpt:  “…members of the protest group who believe they are victims or who suspect sexual abuse "are encouraged to immediately report the incident to the Security Committee," which will investigate and "supply the abuser with counseling resources,” followed by:  "Though we do not encourage the involvement of the police in our community, the survivor has every right, and the support of Occupy Baltimore, to report the abuse to the appropriate authorities."

After acquiring the pamphlet, the reporter distributed it to “the heads of three rape crisis centers and a nurse who runs the forensic division at Mercy Medical Center.”  I wonder how that is going to turn out?
[They]”…called the message about not involving police dangerous. They said it contains erroneous information that could undermine efforts to convince victims to properly report crimes and get the counseling they need.

"It might actually passively prevent someone from seeking justice," said Jacqueline Robarge, the executive director of Power Inside, a nonprofit support group that helps women who have been victimized.”

While not an unexpected response, the unseen benefit is the lesson Occupy Baltimore could learn from this experience.  While still a nascent group determining their identity, the lesson here is that despite what you may desire as a group (in this case to become a self-contained, self-governed organization, according to the report), any part of the identity determination that is public (or made public), represents a risk of vulnerability that must be managed.  The takeaway here is to think about how your policies will play with established social structure, and when policy is established, media outlets need to learn of that policy directly from you, not filtered through your opposition. 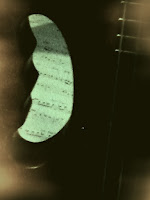 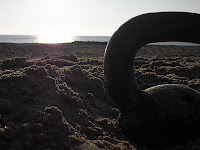