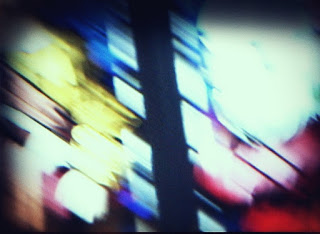 It’s The Final Countdown (no, really!)

When I last posted, I was preparing for the Tidewater work-in-progress screening at the Basilica of St. Mary.  I purposely scheduled that screening for the anniversary of TQ’s death (24 April). The screening was a success and I took the 60+ pages of feedback and used that to guide the next round of editing.  I had a consultation with Karen Everett at the end of June and looked forward to a leisurely stroll to the locked picture phase of editing.  In early May, I submitted the St. Mary’s work in progress cut to Docs In Progress for consideration.  I had not heard anything so figuring I had not made the cut, I put it out of my mind. 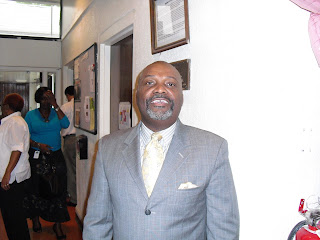 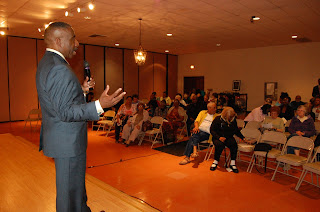 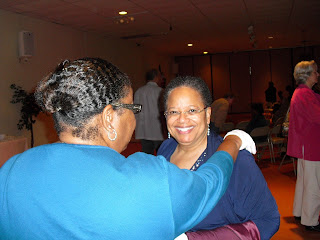 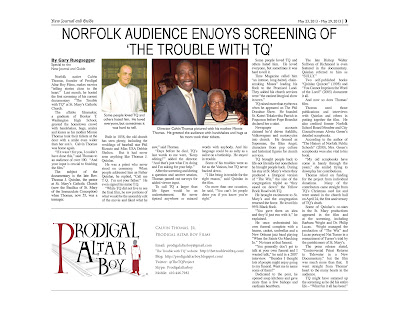 In July, I got word that “The Trouble with TQ” had been selected for their August 9 Works In Progress screening.  The selection was fortuitous in that it pushed me to get that cut done sooner.  I used Karen’s written notes from the consultation and did an edit I also went to work finding a narrator and arranging to get the narration recorded.

I got a good referral from Robin Hamilton for voiceover talent Greg Williams.     Greg and I hit it off.  Hiring Greg was a stretch for me.  The biggest stretch was becoming a signatory to the Screen Actors Guild (SAG) so I could hire Greg, who is a SAG talent.  Even with SAG’s Ultra Low Budget, going the SAG route was a big step.  More on that experience in a later blog, maybe.

After narration, I took a few days cutting the narration into the film.  I got that done in time to get a copy to the Takoma Park Community Center so the technical crew could test it on their system.

Working with the graphic artist, Roberta Hoffman gave me an opportunity to review Karen Everett’s video notes.  Roberta was using the notes to fine tune graphics for the film.  I worked on the narration and the some fine cut editing.  I finished editing the morning of the screening. By the time that cut had rendered and DVD’s burned, I had about four hours until the screening.

The screening was different from the Tidewater work-in-progress screening.  Docs In Progress took care of everything.  All I had to do was show up with the updated film.  Of course, I had dropped off the paintings from the film the week before.

I was able to have a light dinner with some of the Advisory Board members before the screening, and that was an opportunity for members to meet each other and interact.  During the dinner, I got an email from Erica Ginsberg at Docs In Progress, laying out the ground rules of the evening.
The most interesting suggestion was, “The filmmakers who have gotten the most out of the experience tend to be the ones who spend most of the session LISTENING silently to feedback rather than sharing war stories or defending editorial decisions.”  It sounded harsh, but in the end, that was good advice.

The screening was a success.  After the film finished, Erica invited the audience to share their feedback.  The feedback was very thoughtful and encouraging.  Board member Teresa Deltete took notes to share with the board.  The feedback showed the audience actually watched and paid attention to the film, so that was good. 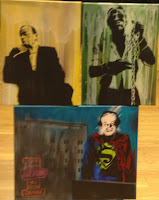 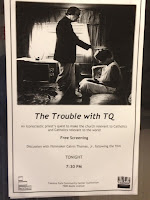 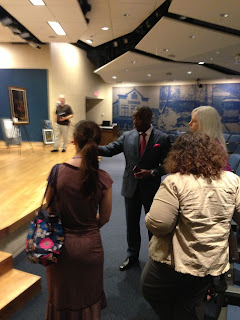 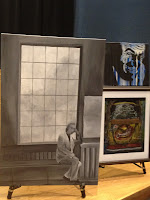 Two former parishioners from St. Kateri were in the audience.  I had not met them before, but having them there added credibility to the film.  Their feedback, as well as the feedback from the rest of the audience, gave me much to ponder.  I will spend a few days looking for was to address that feedback in the next round of editing.

A crowdfunding consultant, Kiley Kraskouskas, from Thinking Forward Media, attended the screening and we had a brief consultation the next day.  Kiley said she really liked the film and my key to success was to “exploit the niche status” of the film.  She gave me some great crowdfunding tips and encouraged me to “think big” in terms of my crowdfunding goals. 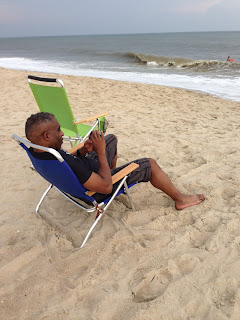 Whew!  The screening was Thursday.  Friday we drove to the beach.  I will spend most of the time decompressing (running, biking, rocking that kettlebell and playing guitar), but I will dedicate some time to planning the way forward for “The Trouble with TQ.” 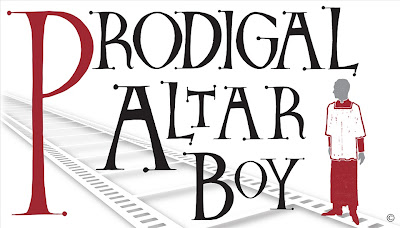