Prodigal Altar Boy Countdown - Things to be Thankful For 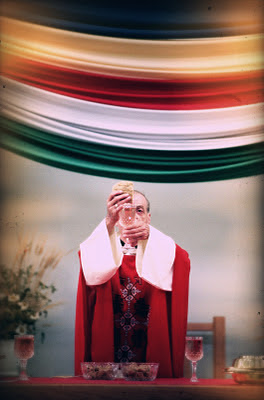 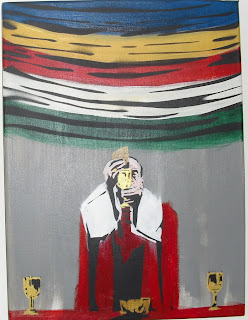 Goal:  1 hour per day working on the film
Details:
Continued working on proposed structure of the film.  Will spend the weekend using the video of Bishop Sullivan’s recitation of “Ode to a Blue Angel” as a backbone piece for the movie.  Since his poem chronicles TQ’s career and attendant escapades, it would serve as a touch point for the interviews.
Total time:  1 hour 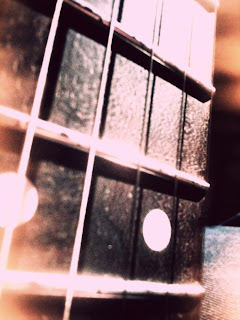 Goal:  30 minutes per day music practice
Details:
Warm-up on the MojoCaster
“So What” – Miles Davis (Inspired by Jazz on the Tube clip of “Tutu” just to vibe on Miles)
Total time:  30 minutes

Goal:  15 minutes per day working on the score for the movie
Details:
“Dies Irae” – 20X  in groups of five, allowing me to focus on execution
After playing “Dies Irae” twenty times, broke down the octave and dyad climbs
Am – D7 chord progression, pulling in A and A octave bass (palm mute).   While I originally intended this as the chordal accompaniment to the A Dorian intervallic riff, this progression is starting to have a life of its own. 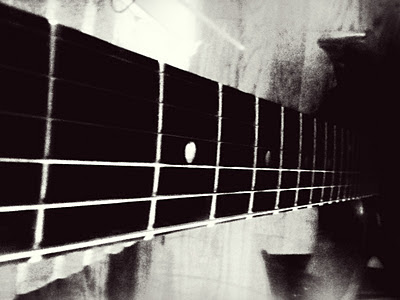 Notes:  I missed posting a blog yesterday due to connectivity problems.  Looks like I'm back up and running.  Attended Mass at St. Mary's today and got a chance to see some of the great people I was able to interview during production.  It was a time of re-energizing and re-focusing on the big picture of the film.  Among the things I am thankful for on this day is the opportunity to get together with family and celebrate, and in addition to family, I'm blessed with a supporting cast in the Advisory Board, comprised of people that blur the lines of family friends and colleagues.   I am also thankful for TQ and all of the people I was honored to interview over the years.  As I count down to the end of 2011, this time of preparation and reflection is like the drawing of a bow, widing of a watchspring, gathering potential energy to be released into the New Year.