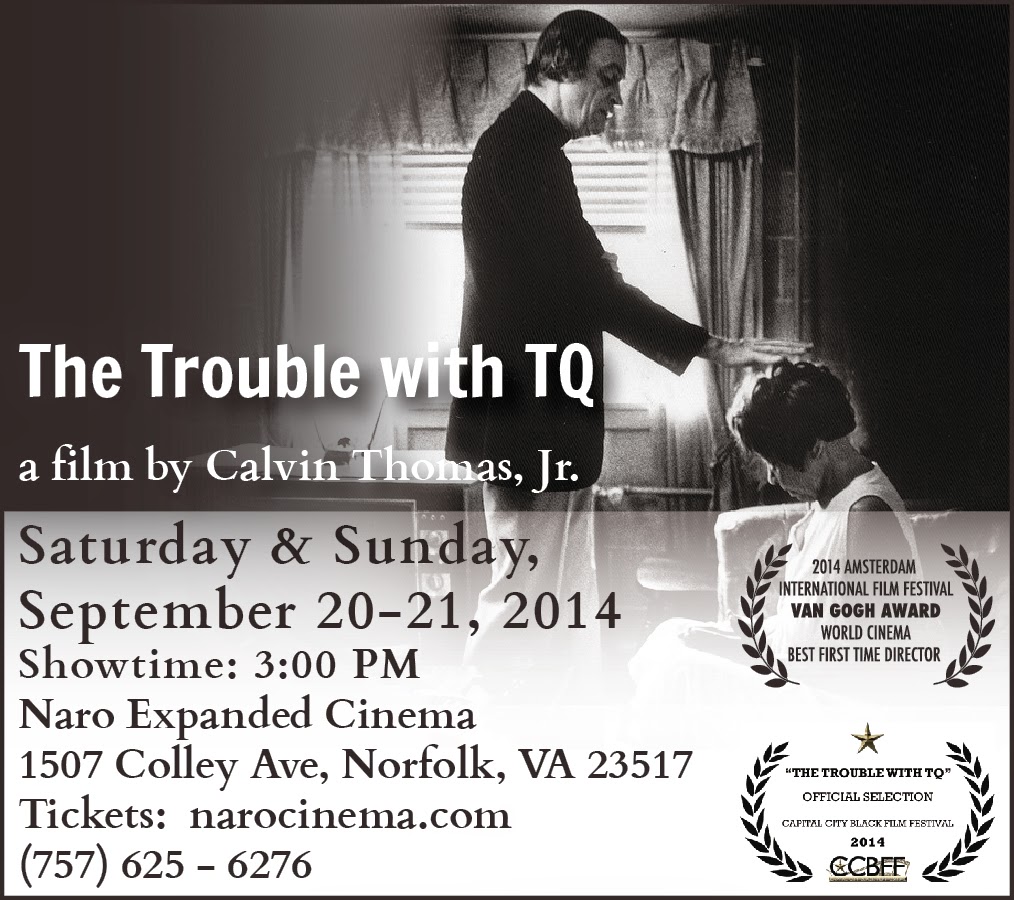 The big news for this week is that today (14 September) is the last day of the "Visualizing a Visionary" exhibit at ONE11 Gallery in Norfolk.  The owner and staff at ONE11did a fantastic job of staging the paintings and promoting the exhibit.  Thank you for your support and the thoughtful gifts. 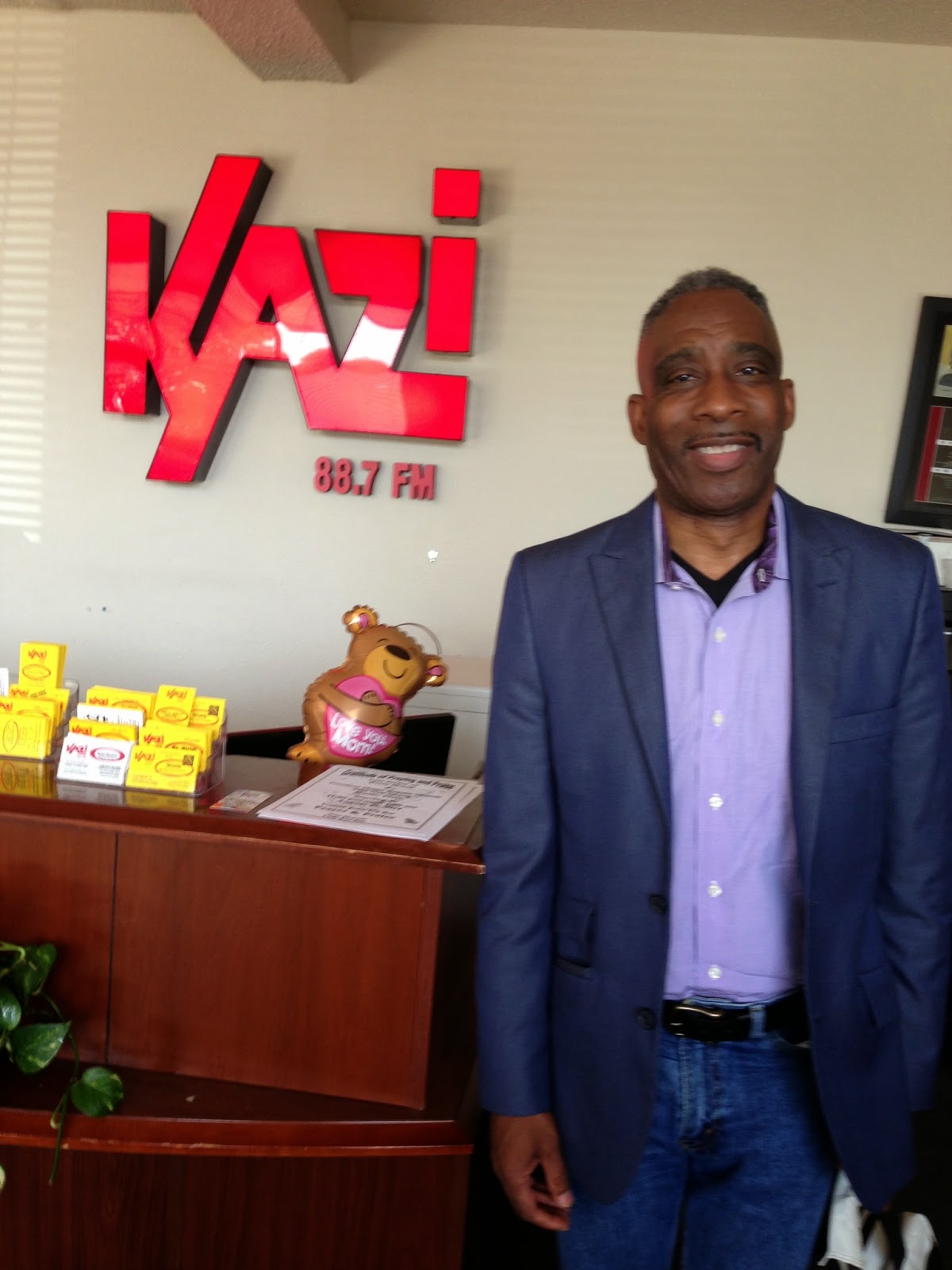 Next Saturday and Sunday (20 and 21 September) will be the final screenings of "The Trouble with TQ" for 2014 in Norfolk.  Thom Vourlas of the Naro Expanded Cinema was a great mentor and friend in teaching me the ropes when it came to the World Premiere in May (SOLD OUT!) and inviting us to return. 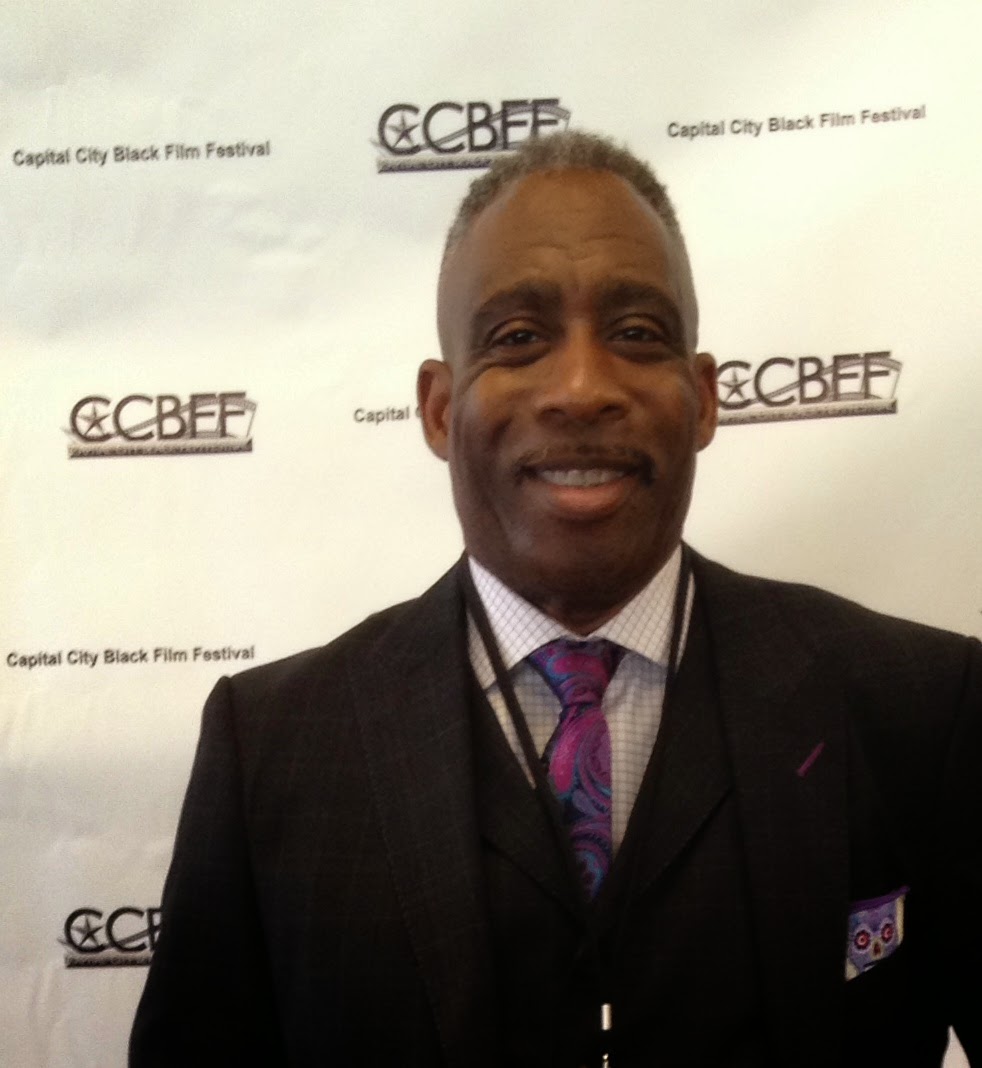 These last showing for 2014 in Norfolk will be bittersweet.  Tidewater has been a center of strength for the film and we always feel the love there.  The good news is Norfolk is a springboard for the next phase of the film.  I will announce more at the screening, but I'll give you a hint:  all roads lead to Baltimore! 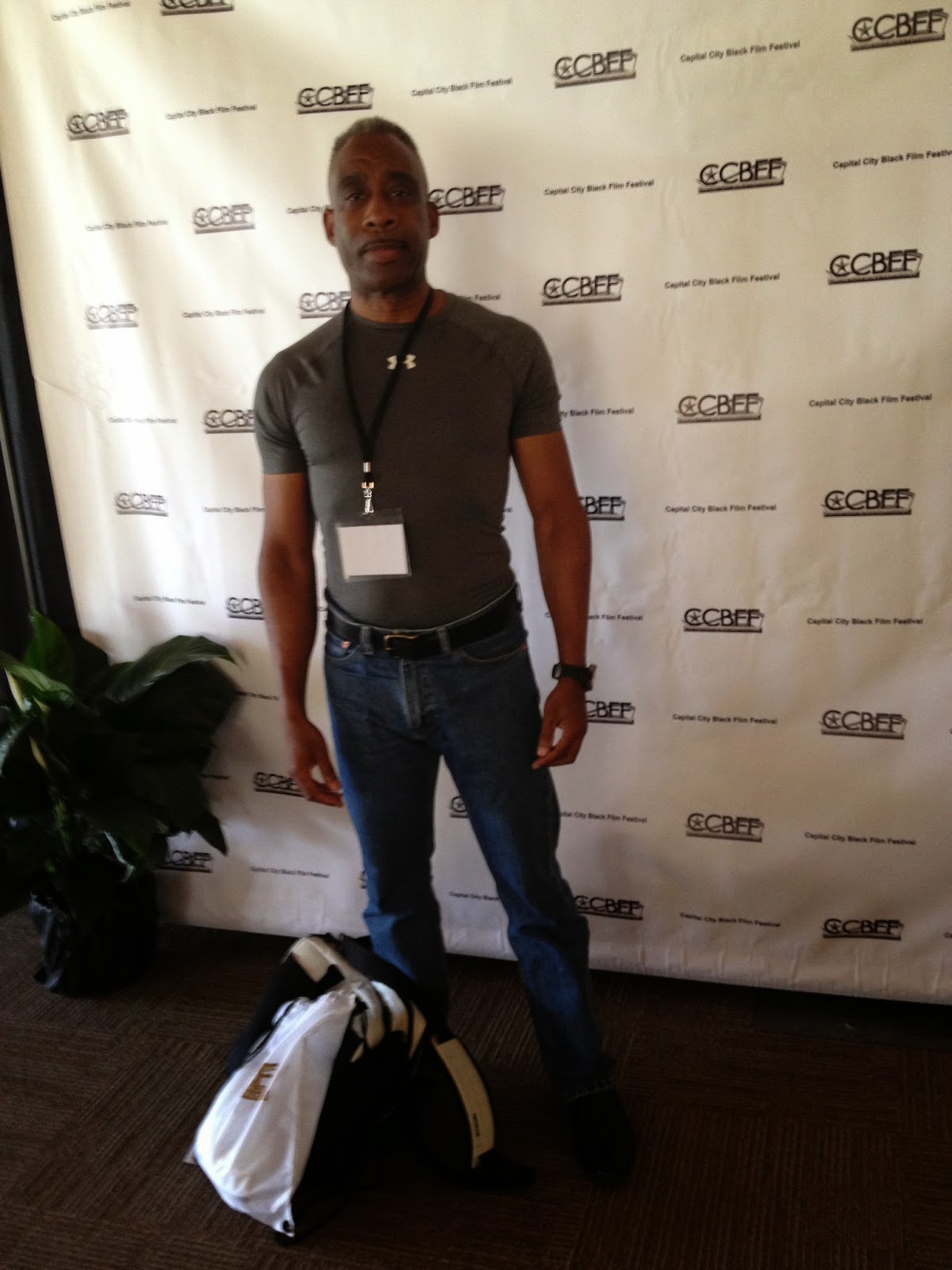 The Regal Group interviewed me for an article last week.  I learned a few things in answering the questions, so I wanted to share the Q&A:

What was your original purpose for doing the film?
o   I originally set out to tell TQ’s story from the standpoint of a radical priest who managed to get a lot of media attention, local and national, for his approach to the Gospel.  As many documentary filmmakers find out, the real story comes out in the process of making the film.  In the case of “The Trouble with TQ,” the story evolved into a study of a man focused on the reforms of the Second Vatican Council (Vatican II), whose entire career as a priest focused on the Principle of Adaptation, an obscure facet of Vatican II.  Rev. Quinlan used the Principle of Adaptation to connect contemporary culture to the Gospel and write the New Parables that garnered so much attention.  What the film brings to light is on the one hand he presided over these creative liturgies, which are part of the public record, while on the other hand, connecting parishioners to the Gospel through these liturgies enabled parishes to follow the examples laid out in the Gospel and serve the needs of the community, which got little, if any publicity.   Now I look at the film as part of a set of learning tools.

Beyond, an appreciation for TQ, what was eating at you? What did you see that you may not have seen before? What light went on?
o   Several lights “came on,” so to speak.  I was able to see how TQ, long before anyone had heard of Howard Stern, was the original ‘Master of All Media.’  He knew how to get publicity, how to spin it and get the most mileage out of it.  Watching him in action as a teenage gave me some lessons on media I have never forgotten.  That leads to another revelation, which was the effect TQ had on my life.  In addition to spiritual mentoring, the examples he set in terms of human relations, standing for what you believe and living your faith stayed with me my entire life.  Another thing I realized is that while he was adept with the media, it worked against him sometimes as people focused on what was in the headlines, while ignoring the biblical foundations of the actions he took to generate those headlines.

§  What is your long-term plan for the film? What do you hope it does? What problem or issue do you hope to solve?
o   I look at the film as part of a set of learning tools.  There’s the film, which is the gateway to the World of TQ.  We have three books as companion pieces to the film, and we are developing a tool to allow keyword-searchable access to the interview footage that didn’t make it into the film.  All this will equip a new generation that did not know TQ to write the New Parables of the 21st Century.

o   How do you specifically quantify that there is an issue? Is it the decline in church attendance? What are the numbers that support that? There are myriad issues.  I sense an intense spiritual hunger in the world today.  Specific issues such as declining attendance, the rise and now decline of the ‘mega Church,’ show people are searching for spiritual meaning.  I have a higher-level, yet focused view.  If we can equip congregations to connect contemporary culture with the Gospel, they can write the New Parables and discern what the church needs to do.

o   And, if Catholic Church attendance is declining, why is that a problem? People could be attending elsewhere? What is the cause/effect?  For parishes integrated into and serving the community, declining attendance translates into a decline in the resources and support a parish can provide the community.  In terms of people “attending” elsewhere, I think the phrasing of the question clearly outlines the underlying problem.  TQ was adamant in defining and reminding people about the purpose of the church.  TQ led all of his parishes to discern and serve the needs of the community.  He complained about the “gas pump” Catholics, who regarded the Church as a “gas station” they came to every Sunday to “fill up” and then go on about their way.  When you look at the ministries he started, the liturgies and the homilies, church attendance was just one component of following the example of Christ.  The other components involved providing resources (money, time, etc.) as well as your gifts to address the needs of the community.  However, if your paradigm of church holds attendance is all that is required, the effect is a decline in the community.

§  You have run into some resistance in the Diocese, why do you think this is?
o   Honestly, I have not run into any direct Diocesan resistance.  What I have run into is fear on the part of people in the Diocese, of doing something that would cause a reaction from the Diocese.  It is no secret how the current Bishop felt about TQ, and the actions of the Diocese regarding TQ sent a message to TQ and anyone who would endorse him.  I have not talked to Bishop DiLorenzo, so other than what’s in the public record, I have no insight on why he feels the way he does.  All I can do is ask the same question TQ asks in the film, “How can you have the Church of Jesus Christ of Love, with people being afraid?”

§  Why does this matter to you? And what is your personal involvement in the church? Are you a frequent, regular goer? Are you getting what you need from the experience? Or do you pine for TQ?
o   It matters because TQ chose me as the custodian of his legacy.  I don’t take that lightly.  TQ could have said “no” at any point, but he gave me the gift of access and honesty.  Telling his story is an important job.  I belong the Grace City in Baltimore, which is a nondenominational church.  Whenever I’m in Norfolk, I always attend St. Mary’s (The Basilica of St. Mary of the Immaculate Conception) with my mother.  In terms of “getting what I need,” I’m always fascinated to hear someone stopped attending a certain church because he or she did not get what they needed.  Whenever I hear that, I want to ask, “Well, what did you bring to that church?”  This goes back to the “gas pump” mindset of church, which I reject.  My concern is how to best use my gifts to serve the church.  While I miss TQ, making this film showed me that what TQ wanted above all, was to lead people to a certain level of spiritual development, and have them carry the ball from there.  As long as we continue to use the tools TQ gave is to follow Christ’s example, he will never be far away.

§  They say Sundays are the most segregated days in our society. Blacks worship with blacks. Whites with whites. Etc. But here was TQ, a white guy, who appeared most at home with black folks. What does that tell us?
o   TQ’s ease with African Americans was a two-way street.  He said Black people have a keen nose for the authentic and his raw, down to earth, unapologetic attitude hit a resonant chord.  Then there is witnessing how the hierarchy treated him.  I think seeing a White person treated that way, especially because of his work for them, certainly reinforced his credibility.  They were at home with TQ because they knew he loved them and supported them.  Is there a race story there? Certainly, and there’s also a human story there.  The human story is when you treat people with respect, when you treat them as equals, encourage them to uses their gifts and value their input, great things happen. 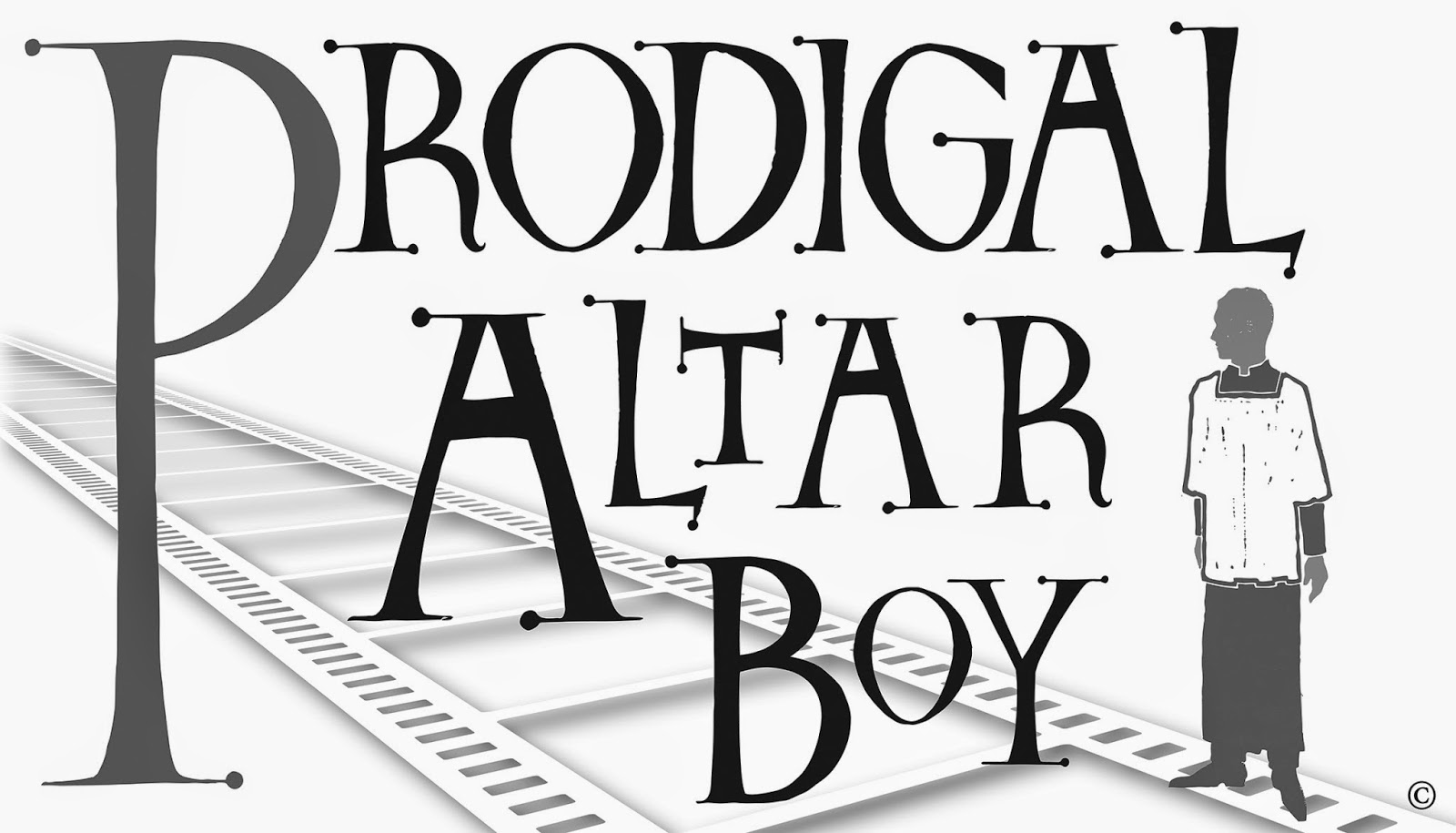 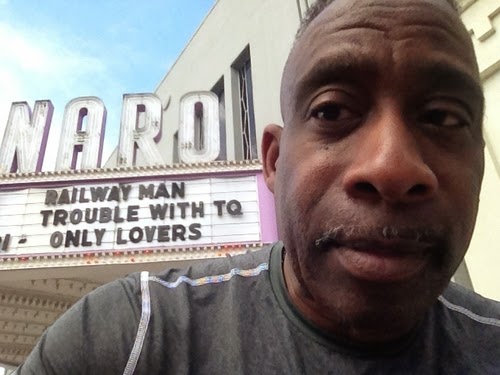