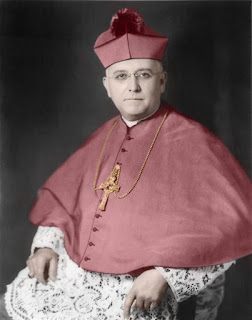 Making The Trouble with TQ began a journey into the unknown.  The “shooting outline” and “vision” of the film faded seconds into the first shoot in October of 2008 in Virginia Beach.  The near firehose-like chunks of knowledge on the one hand showed how flawed that outline was as a concept, and on the other, thankfully laid out the way forward to the film’s eventual story arc.

This photograph transcends  “being in the moment” because that moment encapsulated a 2014 milestone of my journey.  Making interview arrangements with TQ, traveling, shooting, and reviewing footage are a long way from seeing it up in lights, and the image is imbued with acknowledgement of the many blessings that made the film happen. 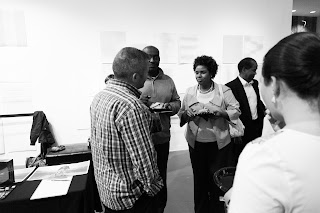 Not least among the blessings was finding out how many talented and gifted people were connected to TQ and were committed to telling the world about TQ and his mission to make the mass more relevant and make Catholics more relevant to the world.  The very opportunity to be able to premiere and screen at the classic art house NaroExpanded Cinema in Norfolk’s historic Ghent came from a former parishioner (whom I did not know, and reached out to me) with a connection to the Naro.  Boom.  Just like that.


So, imagine that story, happening over and over and over, for nine years, to get a film finished and to premiere (as sold out premiere, thank you) at a place liked the Naro, and to get a shot of that blessing on the night of the premiere…   Well, that’s what that picture is like to me.  It also encapsulates the talent, eye and love of Robert Hoffman, whose “title” of graphic artist pales in comparison to what she brings to the table.  Many people see the calendar, but never realize the logos, all of the print and poster work, right down to the business cards, were designed by Roberta Hoffman and I thank her for her gifts.

What stands out to me in Roberta’s treatment of the photograph is the dividing line between the light and the dark and how when working with artists, the less specific direction you give, the more outstanding the results.  I stand by that statement and add that Roberta (in my mind and not through any discussion with her) has probably heard TQ talk about “…the dividing line in Norfolk…” and how his assignment at Ghent’s Sacred Heart Parish as part of his time “on the White Side.” What could be more fitting than slipping that reference in on a picture of that part of town?
Roberta continues that split theme throughout the calendar and I look forward to exploring it with you.

So, that’s what I’m going to do for the entirety of the calendar, starting with the cover.  I’m going to show you the original photograph that Roberta started with along with a story about the original photograph and my impressions of Roberta’s interpretation of the photograph.  If you want to see the finished product, go to this link and see a thumbnail for that picture. Oh, and while you’re there, pick up a copy (or several copies) of the calendar.  Thank you.

Posted by Prodigal Altar Boy at 6:39 AM