Blog Improvement Plan (Part 2)
Here is the task from the Capstone Class:

Submit a two- to three-page paper providing a brief rationale of the following components used in the creation and development of your Blog: 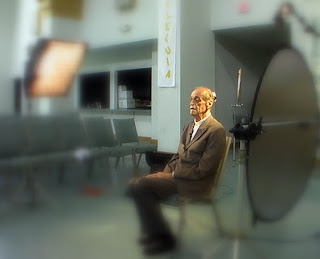 Part two of the series covers audience.  “Audience” forced me to define and refine the blog, as well as the movie’s target audience.  You always think you know the audience you are aiming for, and this in-depth academic excursion forced a reevaluation.  While my original target choices are intact, the exercise revealed important new segments of those audiences and sparked ideas on ways to reach them.
Enjoy.

.Audience
I define The Prodigal Altar Boy blog audience as “niches within niches”.  From a topical approach, under the general heading of “Catholic,” the audience includes disaffected Catholics, given many of the Roman Catholic Church’s shortcomings highlighted by TQ are pivotal reasons “lapsed” Catholics cite as reasons for leaving the Church.  TQ’s vast doctrinal knowledge, which backs up his “radical” pronouncements and shock liturgy, is a valuable resource for Catholic religious educators, as TQ’s presentation of religious history can take lay people behind the stock catechism answers.  A geographical spin on the topical approach brings the Diocese of Richmond and its media arm into the audience fold.  Since all of TQ’s battles against church hierarchy outlined in the film begin and end with the Diocese of Richmond, past and present leadership are logical audience members.  I used covers from the Diocese’s publication, “The Catholic Virginian,” as graphics for at least two posts.
Using the relational approach, TQ’s friends, colleagues and contemporaries comprise a large audience constituency.  Along with members of parishes where TQ was Pastor, the staff and lay leadership of those church communities are an additional potential audience pool.  With the bulk of interviews coming from former parishioners, the desire to see the story of their parish, within the context of TQ’s story can be a large audience draw.  Former parishes also form a loose network across Virginia with built-in infrastructure to support screenings of the final product.  Finally, TQ’s adversaries form an unlikely, but potent audience pool.  If news of the movie inspires a fraction of the op-ed ink his exploits sparked, the publicity can only help marketing.

Posted by Prodigal Altar Boy at 10:07 AM